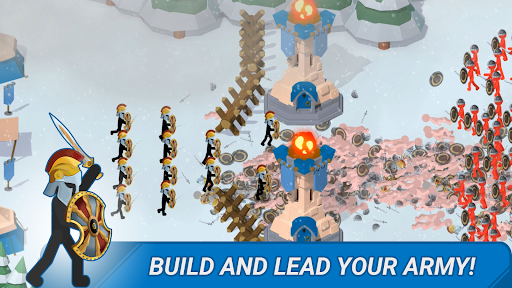 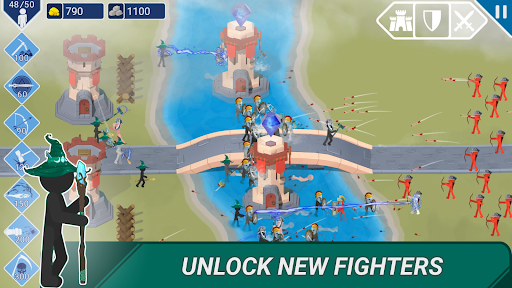 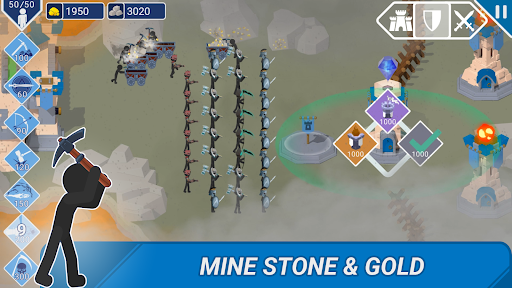 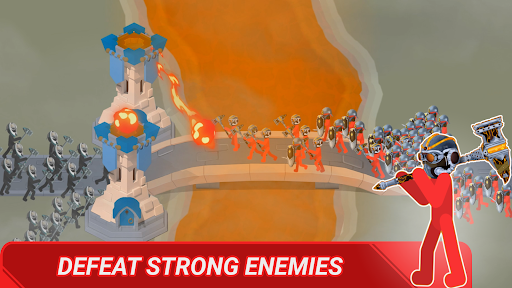 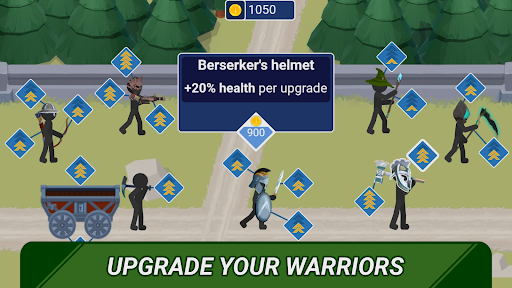 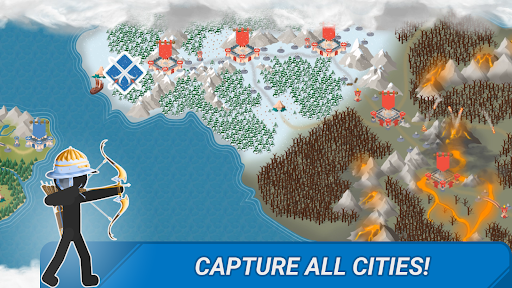 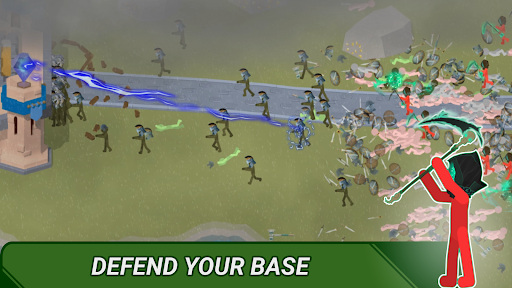 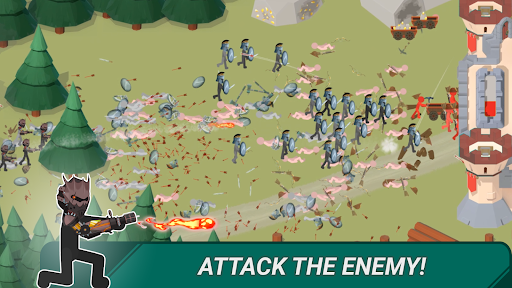 Latest version of this game (com.kekgames.stickmanwar)

For many years, people have suffered under the occupation of the Red Empire. Play the stick army leader that unites the strongest warriors and freedom fighters, and liberates the people from tyranny in War of Sticks. Experience riveting stickman war battles and showcase great skills to build your own legacy as the winner of the stickman wars.

This base tower defense strategy requires you to mine, build, equip, upgrade, attack, and defend against the enemy powers of the mighty Red Empire.

How long can you go in this stickman war quest? Can you pass all missions and levels in the hardest “Impossible” difficulty mode and leave a perfect stick war legacy to your heirs?

⚔️ Start by buying miners to collect gold and buy shielders in this stick battle strategy to build a stickman army and outsmart the fierce enemies in the stick wars. As you collect gold, expand your team of stick man warriors by adding archers. Unlock other stickman fighters such as the wizards. Additionally, use the collected stones to build towers that will defend your castle from the enemy’s stick attacks.

🏹ATTACK WITH THE PROPER STICK BATTLE STRATEGY
Build lines of warriors and attack the Red Empire’s soldiers and castle in an increasingly exciting stick clash. Conquer the towers with your powerful army and a proper tower strategy. Manage your warriors, stick war economy, and use them wisely depending on the strength of the enemies. Showcase calmness and make the right defending and attacking decisions to progress and complete your goals for freedom in this stickman war.

🛡️DEFEND YOUR BASE
Set up your stickmen army with stick warriors in defending lines and build as many towers as possible when you are outnumbered. Also, hide your stick army and miners in the castle in the most dangerous stickman battles to outlast even the most treacherous attacks and defend your base.

⏫UPGRADE & MANAGE TO WIN THE STICKMAN WAR
Upgrade the damage, health, defense, soldier, and miner abilities as you collect the gold coins in the stickman war battles. Unlock all items and warriors to defend and conquer. Showcase great battle strategy and test your skills in all 3 stickwar levels. Stay tenacious on both the stick attack and stick defense if you want to free your people.

See why War of Sticks is one of the best stick figure strategy battle games in 2022. Manage the army stickman like a true stick battle war commander and see if you can free your stick people from the Red Army’s terror. Remember, the job is not done until you free all cities, islands and lands!

REACH OUT
Thank you for playing War of Sticks! If you have any queries, or feature suggestions, regarding this stick war TD game, please send them to [email protected] Till then enjoy the adrenaline-pumping stick battles in our stickman army game and leave a war legacy as one of the greatest leaders that liberated a whole stick nation. Thank you for playing our stick defense strategy!