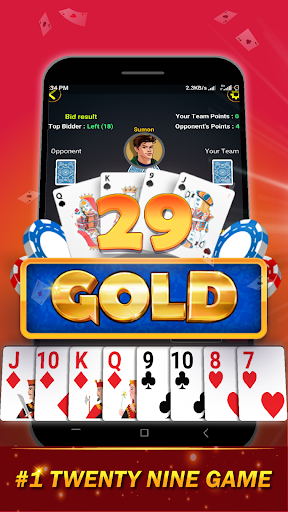 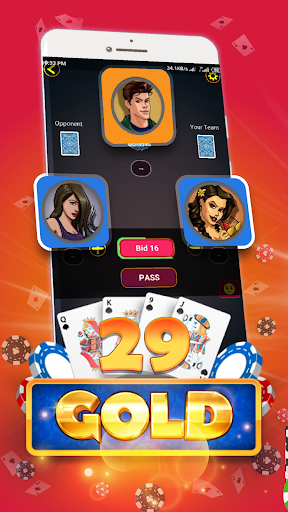 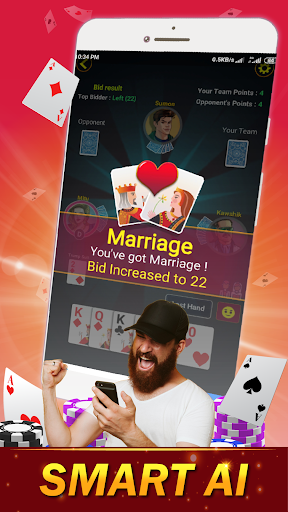 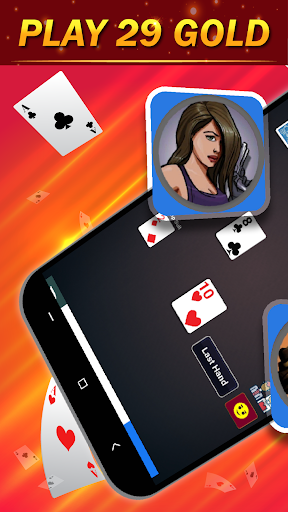 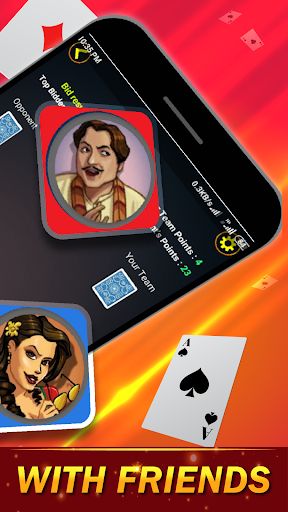 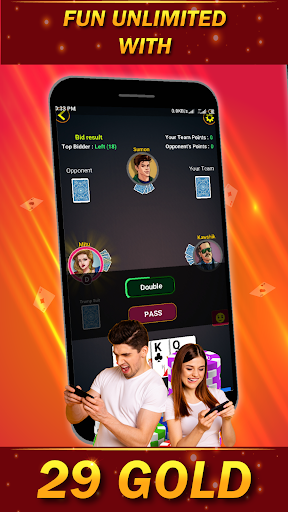 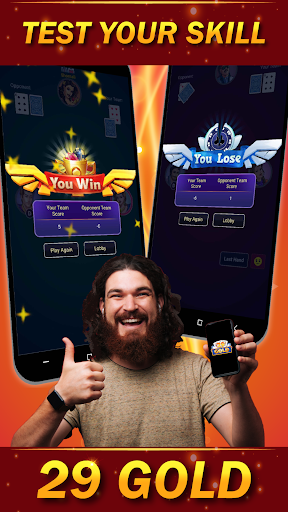 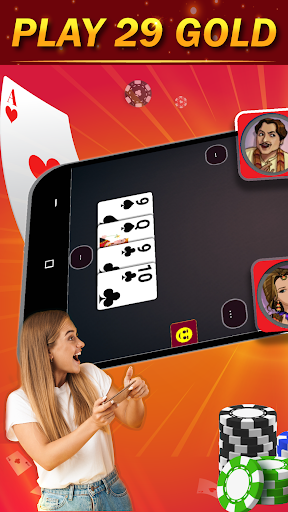 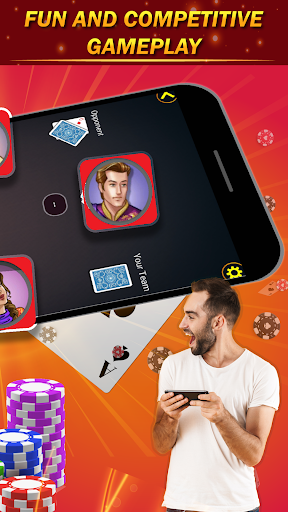 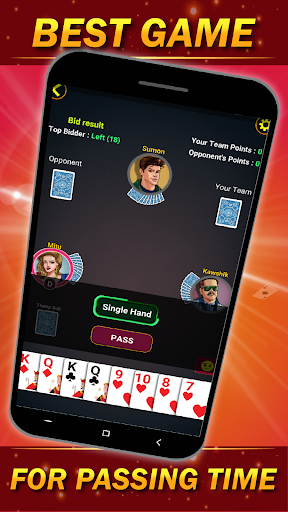 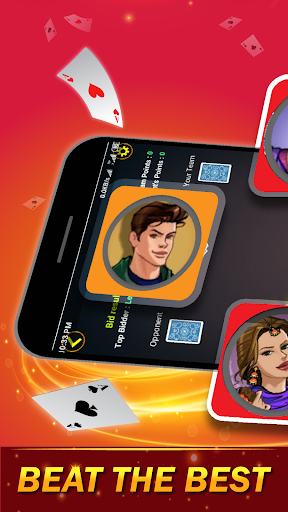 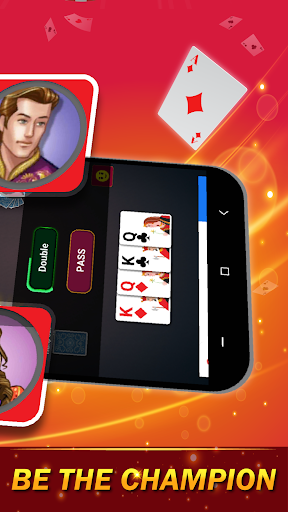 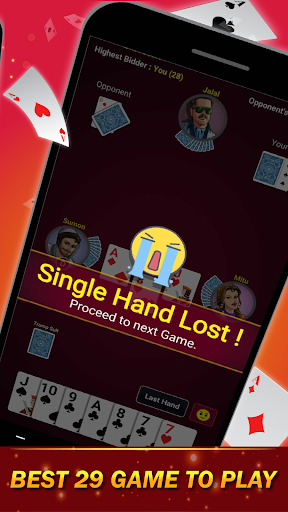 Latest version of this game (com.ulkagames.twentynine)

★★Anyone can play Anywhere and Anytime★★ .★★ Best time pass game ★★

No need for the Internet. Play Anywhere & Anytime!
♠ Works on any phone & Screen Sizes.User and CPU players
♠ Suitable for all level games players
♠ Most fun per megabyte in the world!
♠ Great option for time pass
♠ Regular Updates
♠ Best HD Graphics
♠ Best and smooth UI/UX

is a South Asian trick-taking card game.Twenty-Nine is generally a four player game with two partnerships. Partners face each other during play. The game utilizes only 32 cards of a standard 52 card deck, 8 cards per suit. The cards rank as follows: J (high), 9, A, 10, K, Q, 8, 7 (low).

Cards values are as follows:

Jacks: 3 points
Nines: 2 points
Aces: 1 point
Tens: 1 point
K, Q, 8, 7: 0 points
This gives a total of 28 points. Some variations have a total of 29 points for the last trick, which is how it received its namesake. However, the game is generally not played that way and still retains the name.

THE DEAL & THE BIDDING

The deal and game play pass to the left. The dealer shuffles the deck and the player to their right cuts it. Each player receives four cards, one at a time, face-down.
Depending on the cards in hand, players place bids for electing trumps. A bid is a number that represents the amount of tricks that person believes their partnership can make. The highest bidder wins. The bid starts with the player to the left of the dealer and moves left. Players can raise the bid or pass.The winner of the bidding selects the trump suit.The dealer passes each player another 4 cards. Each player now has 8 cards.

The first trick starts with the player to the left of the dealer. Each player must follow suit if they can. At this point, the trump suit is unknown to all other players. The first player who is unable to follow suit is required to ask the bidder what the trump suit is and they must show the trump suit to everyone. However, if the bidder is the first player who is unable to follow suit they must declare to everyone what the trump suit is. Once the trump is declared the highest value card from that suit played wins the trick, if no trump card is played then it is the highest value card of the suit led.
In the event the bidder or their partner announce they have a Pair, their bid is reduced by four, as long as their bid remains above the 15 point minimum. However, if the other partnership has the Pair it increases the bid by 4, as long as it doesn’t exceed 28.

After all 8 tricks have been taken, the partnerships total the value of the cards they have won. The winners of the last trick add an additional point to their total. If the bidding partnership fulfilled their contract by taking the required number of tricks they won a single game point. If not, they lose a game point. The other set of partners’ scores remains constant.
The red and black sixes are used for keeping score. The red six (nali or red chaka) displays the positive score and The black six displays the negative score with the number of pips it has revealed. At the start, each partnership has no pips showing. Pips are revealed as players lose or gain points. The game can end in one of two ways: one team has +6 points or one team has -6 points.

Our Twenty nine (29) Gold has the best AI (BOT) and smooth gameplay . Enjoy the 29 Card game. We are working everyday to make games better. If you find any bugs or want any feature please give us a review or reach out to zamil@ulka.games
multiplayer option
If you enjoy our game 29 Gold please give us a 5 Star. Thank you
New UI Design
UX improvements
Bug fix